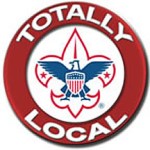 I blogged a little earlier about the church as a Chartered Organization and reblogged earlier this month about a Christian Alternative to Boy Scouts.  WordPress has this little dashboard thing that tells me how people arrive at the site and “Christian Alternative to Boy Scouts” seems to be the trending google search term and I’d bet dollars to doughnuts that it is because of the news release about the BSA position change.

I’ve read a few of my favorite bloggers who have expounded on the subject and briefly thought about weighing in on my opinion, or predictions rather, of what will happen should this motion be passed, but figured I’d leave the opinions to smarter minds.

What really concerns me are the comments left on the blogs that have weighed in.

A few of the comments point to interpretations of the Scout Oath and Law.  Both sides claim the high ground, some even want to add points to the Law to better define their position.

A lot of the personal attacks and incivility makes me wonder what happened to “A Scout is courteous and kind”?

I’ve seen a lot of messages in which leaders have suggested that they will now quit the program.  What happened to the promise to “do my best to help other people at all times”?

There have been a tremendous amounts of attacks against the Christian faith by moral relativists, non-christians and others.  I thought “A Scout is Reverent” meant that (among other things) we  respects the belief of others?

I could go on and on, but I doubt that I will change the hearts or minds of others, just wanted to add perspective for those still trying to digest and be an encouragement to others to think before they speak.  I think maybe some that have been focused on one issue may have lost a little perspective.  I’ve said it before and I still maintain that I believe it unlikely anyone that volunteers for Scouting, and puts in the time and energy that we do, is doing it for the wrong reasons. They may have a different vision or may be incompetent but I never doubt that they are doing what they believe is the best for the youth.  I pray that others grant me the same consideration when I’m being contrary.

My final two cents comes from my personal testimony to those that found this blog looking for the “Christian Alternative to Scouting”.  Yes, the culture is changing.  Yes, it is counter to my belief system and moral code.  But never have I felt that my dropping out was an effective approach to helping others.  Look to strengthen your Chartered Organization’s commitment to youth.  Scouting is a system of methods, never a destination.  Utilize your charter to provide program and direction to youth that are adrift in the culture.  I’ve seen it said that “All Scouting is local”, maybe this is a truth we need to embrace.

If you haven’t read it yet, I refer you to this excellent post:  http://troop113.wordpress.com/2013/01/05/a-christian-alternative-to-scouts/